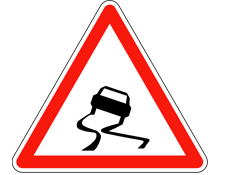 As Congress leaves town today for its five week summer recess, it is absolutely clear that the fiscal year 2014 appropriations process has screeched to a grinding halt and is near collapse.

The latest blow to the process came Thursday August 1st when the Senate failed to pass a cloture motion to limit debate on the first appropriations bill brought to the floor – the Transportation-Housing and Urban Development (HUD) bill – by a vote of 54-43. Even though the bill passed out of Committee with bi-partisan support, all but one Republican voted against the motion, essentially killing the bill.

On Wednesday, House leaders were forced to pull from floor debate their version of the same bill which included deep cuts to transportation and housing programs as the bill likely didn’t have sufficient votes for passage.

The Agriculture Appropriations bills, funding WIC, have been sitting in limbo since their passage out of Committee in June.

The principle culprit, some argue, was a failure of the House leadership to appoint conferees to a conference committee allowing the Senate and the House to iron out budget resolution differences.

Yesterday, the Speaker of the House, John Boehner, R-OH, conceded “I think a continuing resolution for some short period of time would probably be in the nation’s interest.” Speaker Boehner also declared, “I just want to make clear, sequestration is going to remain in effect until the president agrees to cuts and reforms that will allow us to remove it.”

Senate Minority Leader Mitch McConnell, R-KY, likewise continues to promote the lower spending levels resulting from sequestration, prompting him to press his colleagues to vote against cloture on the Transportation – HUD spending bill.

Meanwhile economists, policymakers, national and global organizations continue to urge a fix to sequestration which many believe is hampering not only national, but global economic recovery.

When Recess is Over

It is clear that a stopgap spending measure – a continuing resolution – will be the order of the day when Congress reconvenes after the August/Labor Day recess.

At the same time, more than 60 House Republicans led by Rep. Mark Meadows, R-NC, have urged Speaker Boehner to defund the Affordable Care Act (ACA) (now repealed by the House for the 40th time!) “in any relevant appropriations bill brought to the House floor in the 113th Congress, including any continuing appropriations bill.” Likewise, Sen. Mike Lee, R-UT, joined by Sen. Ted Cruz, R-TX, and ten of their Republican colleagues have signed a letter vowing to vote against any continuing resolution that funds the ACA.

All of this leads to talk of a possible government shutdown. September 30th is the deadline for Congress to pass a stopgap spending bill or musings of a shutdown may come true. Fasten your seatbelts. We are in for a bumpy ride!